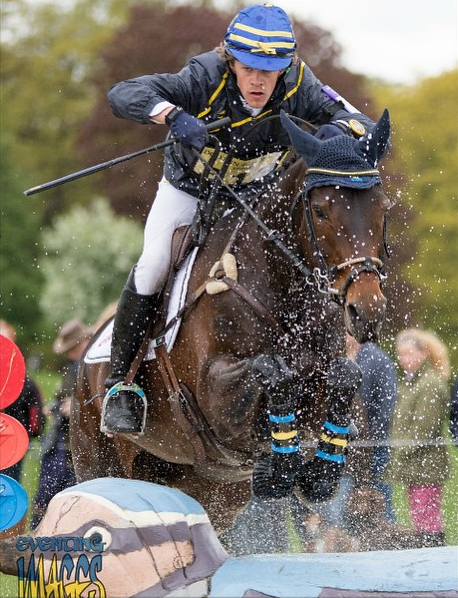 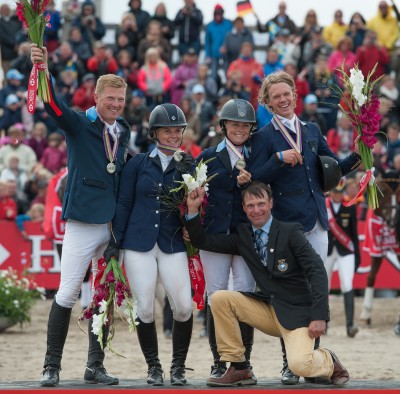 The Nations Cup in Aachen is over for this time and we didn’t quite achieve what we had set out to do. This Nations Cup was the event where we were going to show the other nations that we were ready for medals in Blair Castle and the European Championships in September, and to better our Silver from the last European to a Gold. Albeit on the contrary, we got ourselves a good wake up call and lots of homework to do ahead of the championship.

I need to focus on betting my dressage as this time we had lots of little mistakes which turns out very costly. The trot work was fine but I didn’t quite get the quality in the canter I would have liked, and Bob took a few double steps in the walk, so overall we ended up way further down the list that anticipated.

Since I started training for Maria Gretzer the showjumping has really improved my technique and overall feel so I was very pleased with our clear and inside the time jumping.

The cross country is normally the element where Bob really shows what a trooper he is! But this time he got a little hot, and when he does he becomes rather tricky to ride and everything just takes a little too long time as we don’t get that perfectly smooth feeling you need. So we got 8 time faults which are annoying as I know that he can be quicker, and you’d think that a sixteen years old gelding would know better than become hot-headed by now..! But it’s also what I love about him. He sure ain’t no Cob when it comes to the terrain…

Obviously I would have liked to end up top 10, and as a competitor you always want to improve your achievements but overall, I’m pleased with Bob and our performance. It was a good run through with Aachen as I know now exactly what I need to improve on and this is what we will focus on ahead of the Europeans as we need to gain an Olympic qualifier for the team there. After my visit there last week, there’s only one thing on my mind, team Sweden needs to get there, it’s going to be such a cool Olympics and there’s no way that we’re going to miss out on it.