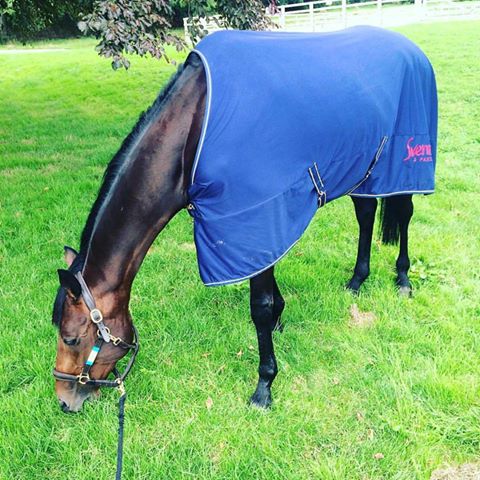 Ludwig Svennerstal announces his withdrawal from the European Championships in Scottish Blair Castle today, September 10, 2015, out of respect for his horse’s welfare, that remains the first priority in all instances.

Svennerstal said, “It is with great sadness and grief that I announce that I’ve decided to withdraw my horse, Franzipan, from the European Championship as she is not 100% right. It has come to a great disappointment following an incredible pre-camp where she really performed well.”

“It was during Wednesday that we noticed that she didn’t trot  so well on the concrete. The more she moved the better she became, but upon trotting on a hard surface cold from the stable she is not 100% right. She passed the trot up following the holding box inspection as the veterinary could not find anything wrong with her,” he continued.

Franzipan is always a bit stiff in her own, but at this level, one is not taking any chances. Thus, all of Thursday was spent with the Swedish and local veterinary team trying to figure out what the cause. There are no signs of lameness showing when palpating and investigating the leg, neither X-rays nor scans have determined the issue.

“Nevertheless, we have decided to withdraw Franzipan as it is not fair for her to compete in at this level if not in top shape, and we put the welfare of our horses first in any circumstances. She will now travel home for further investigation. We are hoping that there is a minor problem and that she can be back at shows soon. I wish the very best of luck to my Swedish team-mates and I will be keeping all my fingers and toes crossed that they can deliver a good enough result to bring us to Rio,” Svennerstal ends.

On the 30th September Ludwig will be hosting a showjumping clinic at the Berkshire College of Agriculture.

All levels are welcome, groups max 4 and 1hrs slots for £40 per rider, private sessions available upon request.

For enquiries and bookings: svennerstalclinics@gmail.com